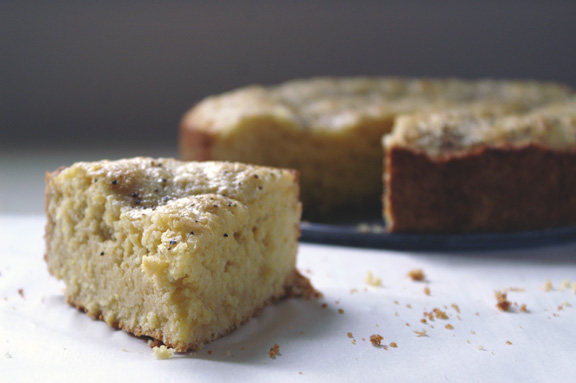 I write this post knowing that cornbread is a rather divisive issue. Yankee, southern, sweet, savory, with cheese, without cheese, whatever. I get it. But this cornbread, people…this one, no matter what your very specific preferences, is not to be missed.

As far as I’m concerned, cornbread has to be one thing: perfection. Perfectly textured, pronounced corn flavor, not too dense, not too crumbly. I like my cornbread sweet, but I like a little balance there also…too sweet and should have just made me corn pudding (I love that too, by the way). I like a go-with-anything cornbread. 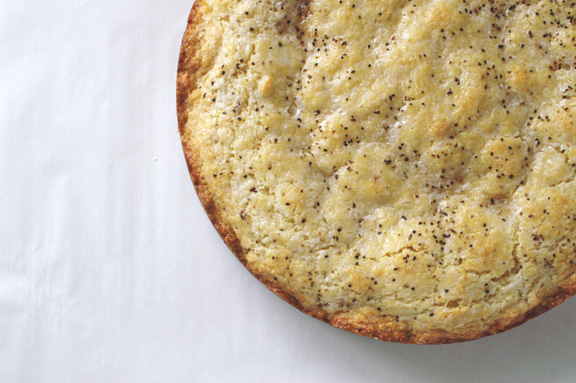 This is that cornbread. It’s got sugar (sorry, Southern-style folks, but hear me out), but it’s balanced by a nice dose of pepper, a generous amount of butter, and it all comes together like a big fat corn biscuit. That’s right; this is a 9-inch, cheese-filled corn biscuit. 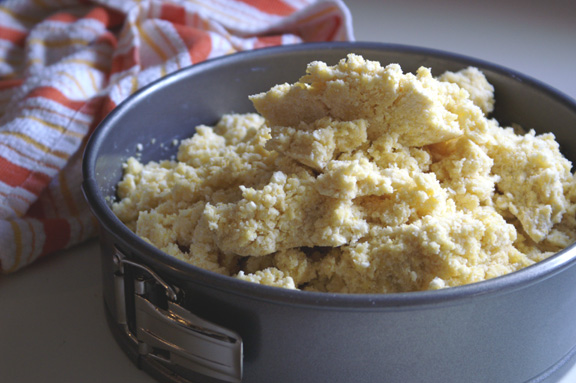 And that cheese? Locals, this one’s for you, because I used Marcoot Creamery’s Tipsy Cheddar, which is a white cheddar made with Schlafly Pale Ale Beer, and it’s delightful. You can find it just about anywhere around St. Louis, but for non-locals, this is just as magical with a good Vermont white cheddar. What this cornbread achieves, no matter what cheese you use, is balance. sweet but savory, definitely yankee style due to the sweetness, but oh-so-southern in its buttermilk-biscuity nature. 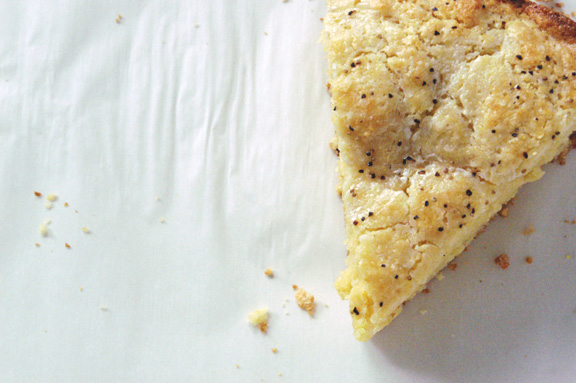 So the recipe is from Food52, who have been “Genius”-ing all over the place due to their almost-here cookbook. If this recipe and a few others I’ve tried lately is any indication, “genius” isn’t far off the mark, and I’ll probably end up getting this book once it’s out. The one thing they neglected to tell you in this particular recipe is although the whole thing can come together in a food processor, that food processor better be at least a 14-cup size. I learned that the hard way, specifically when I got to the butter part and my 12-cup Cuisinart almost exploded. I figured out a workaround, and it didn’t hurt the finished product one bit, but it’s easier to not make the mess I did getting there. 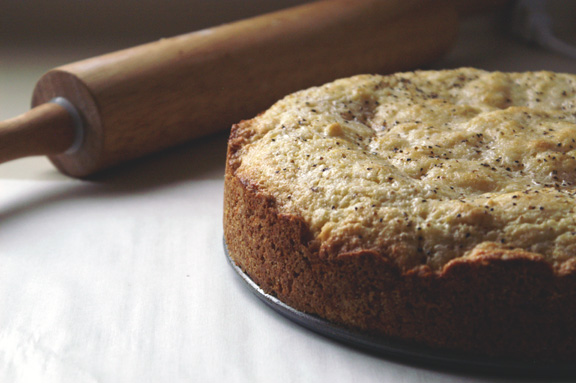 I’m making it more genius for those of you who use the same size food processor that I do: you can still use it for the first part of the recipe – that blade is unmatched in really making the cheese and the dry ingredients become one – but knowing when to move it to the bowl is key in not making a total mess of your kitchen. Or just do the whole thing in a big bowl; it’ll work no matter which way you do it, and that’s really the genius part of things. 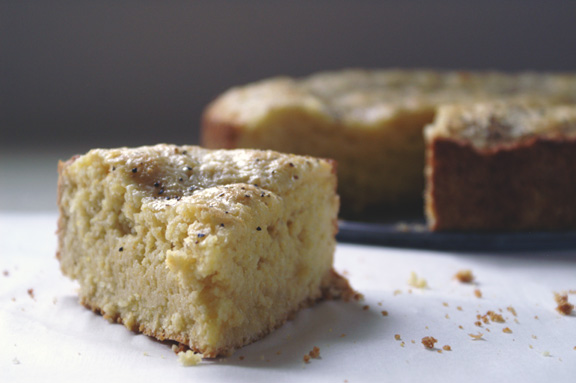 Adapted from Food52’s recipe for Vera Obias’ Cheddar & Black Pepper Cornbread, found here. They make it in a 9 x 9 pan, but i’ve been having a love affair with my Springform pan as of late, so I made it in that. I like the look of a straight-sided, round baked good; what can I say?

And by the way: I’m using Marcoot’s Tipsy Cheddar because I want to, not because they sent me cheese, asked me to talk about them, or even know I exist. Most likely, they have zero idea who I am; they just make awesome cheese, and I like using it.

*if you live in the Saint Louis area, or just in the near vicinity of, you have zero excuses not to use this cheese: it’s available all over at local grocers, and I’ve even tailored this recipe to include 5 ounces of cheese because that’s the size Marcoot’s Tipsy Cheddar comes in. Outside the region? That’s okay…you can order it via their website, or a good aged white cheddar will do, or find a local cheese to experiment with and support your local creameries at the same time. Win/win.

Add flour, sugar, cornmeal, baking soda, baking powder, and salt to the bowl of a food processor and pulse until combined. Add grated cheese and pulse until evenly distributed.

This is where paths diverge:

For food processors with at least a 14-cup capacity, add butter and pulse until just combined, with pea-sized chunks. Add buttermilk and pulse until dough forms. Let chill for an hour.

For people who have smaller (less than 14-cup) food processors like me, no shame! Pour the flour mixture into a large mixing bowl. Add butter and use your fingers** or a pastry cutter to break it down and distribute it through the mixture until it looks like pea-sized chunks. Add the buttermilk and use a rubber spatula to gently fold it into the dry ingredients, scraping the bowl as needed, until mixture just comes together.

**if you’ve never done this before with your fingers, simply pick up some of the mixture with the butter and use your fingers to press and rub the butter into the flour; sort of press-and-roll action that you just repeat until everything comes together.

Heat the oven to 350° F. Butter bottom and sides of a 9-inch Springform pan.

Transfer dough into prepared pan; just pile it in there. Using your hands, pat the mixture down and out to the sides, pushing gently to even out the top. Brush generously with cream and sprinkle with sea salt and black pepper. Bake until the top is golden brown and the sides start to pull away from the pan, 30 to 35 minutes, checking at the 25 minute mark to see how it’s doing.