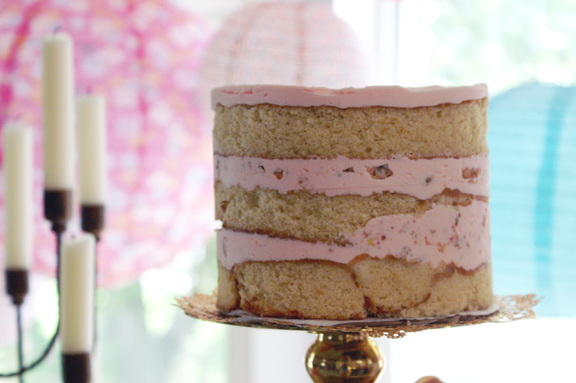 This is just for those of you who may be interested in reproducing either the cake or the cookies from the Wee One’s most recent birthday party. Neither thing is difficult to figure out – I imagine most of you could sort it out by looking at a few photos – but I thought I’d help just the same: some of you get (unjustifiably) nervous when faced with anything which starts with “M” and ends with “fuku.” So here we go!

Easy enough: the foundation recipe of this cake is Momofuku’s Birthday Cake (a name which is used interchangeably with “confetti cake” or “funfetti cake”) – all components. If you need the tutorial on how to put this cake together, see the original post: for further guidance, see either my post on the carrot layer cake (the first Momofuku cake I made) or the apple pie layer cake: there’s some really good tips in all three which should help you with the technical aspects. 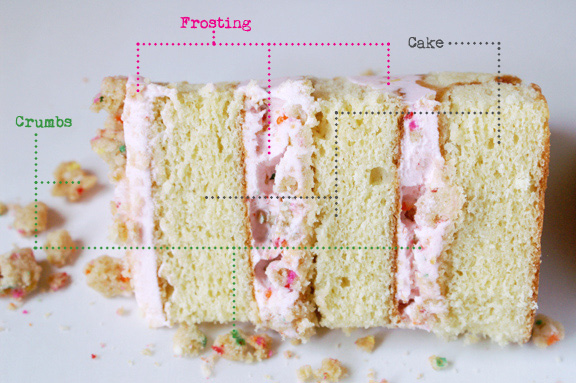 Let’s first look at the differences in the two: the photo at the top of the post is the one I just made for the Wee One’s party; the one directly above is the original birthday layer cake. 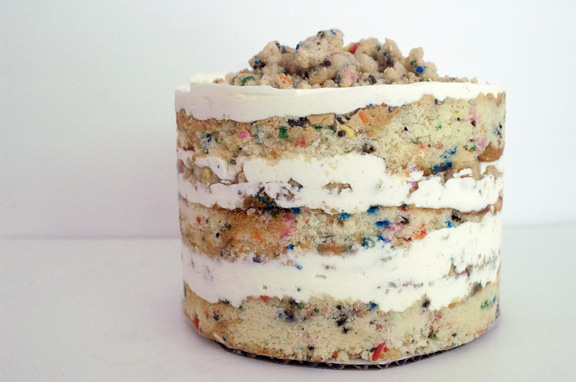 Note how different they are from one another, but don’t let that fool you: very minor adjustments were made to achieve the birthday cake this year. 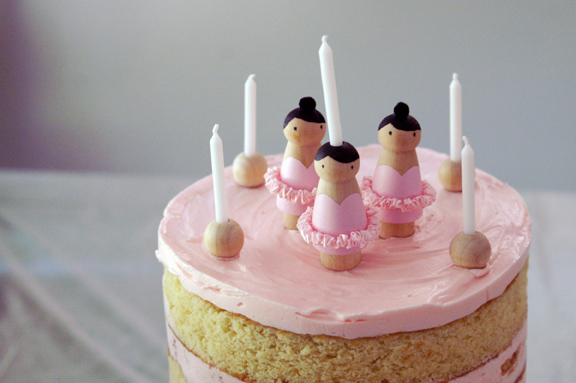 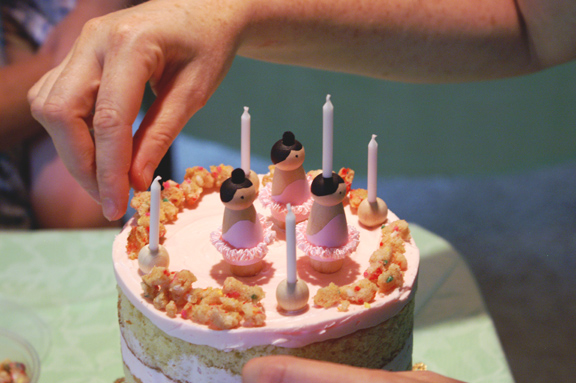 That’s it: obviously the milk soak and layering technique are the same as in the original post. Moving on to the cookies!

So these are really fun to make, and I have yet to try it with all the momofuku cookies, but I did it with the corn ones two years ago, and they were splendid (and perfect for a farm-themed party, because corn. on. a. stick.) What I failed to consider before I started making these is that the corn cookies and the confetti cookies come from two different base recipes: corn being more standard (think chocolate chip cookie) and confetti being more of a snickerdoodle base (cream of tartar, people). So, softer and more pliable meant I wasn’t entirely sure they would work.  Another difference: corn cookies are straight up cookies: no crumb involved. Translated into cookie pops, it means “no crumb to block the sticks going in.” So there was that to contend with, but they turned out just fine. Some tips: 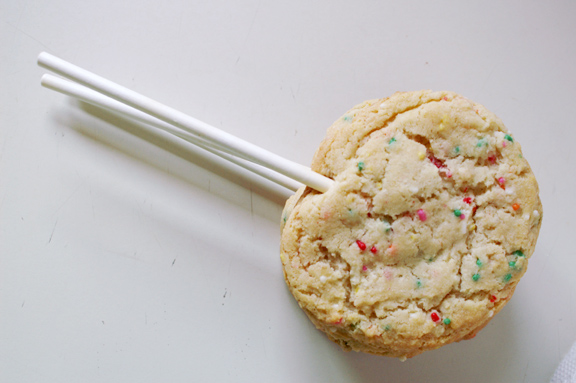 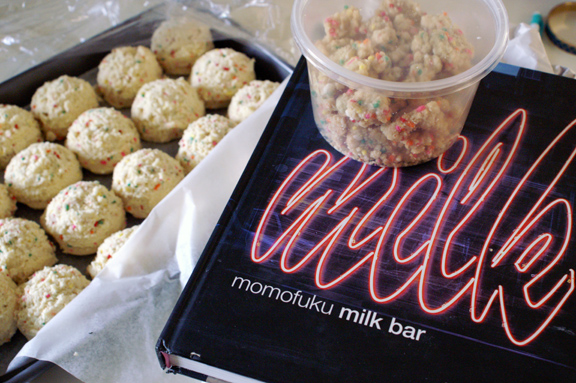 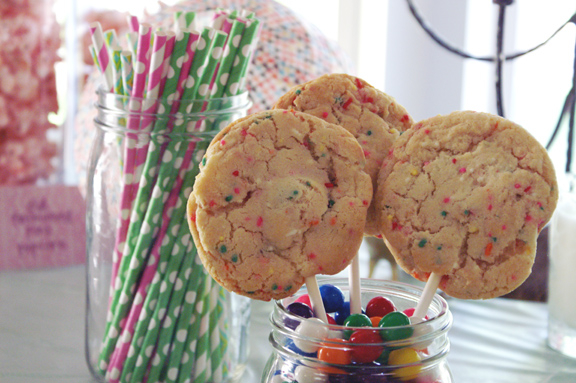 There you have it! As always with these tutorials, I welcome follow-up questions. If you try this and get stuck on something, ever, I don’t mind an email! Or comment: I see those too, and am happy to help you through any issues which pop up mid-recipe. Broken record time: I suggest reading through this tutorial (and the ones I’ve linked too) first before attempting any of these: I know you’re not preparing to jump your motorcycle over 72 cars, but I do know that Momofuku recipes are some of the most step-filled, intense recipes to make, so knowledge is everything here. Most of all, though, have fun with these! I chose this cake and these cookies because I thought they would be perfect: I also chose them because for me, they’ve become the most easy cake type and cookie type to make, and I can do it in my sleep. That may sound crazy, but I’m not kidding: It’s like I say to the Wee One…you can do anything – even if it’s really hard – but you have to practice.

Okay, so that’s not entirely true: no matter how hard I tried, I was always a big failure at snowboarding. As nature intended, most likely. But everything else…practice.

My slightly altered (especially for bake times) Momofuku Birthday Layer Cake recipe found here. The recipes include the crumb, cake, frosting, and milk soak, and also how to put it all together.