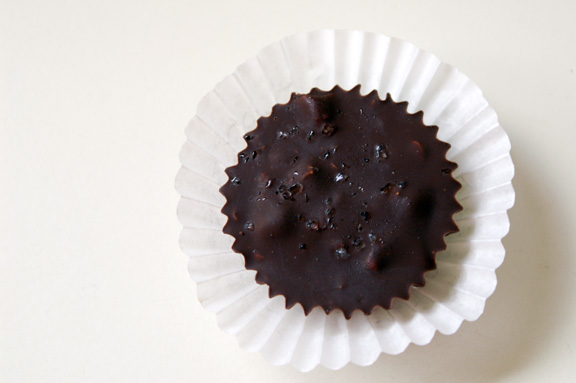 It’s December! Can you believe it? Neither can I, and we’ve got tons to do with getting holiday gifts together, trimming trees, and all the other things which go along with this time of year. The December 2013 Feast Magazine is out, and in it, I make a recipe with something I’ve never heard of prior to this assignment: the marron glacé. 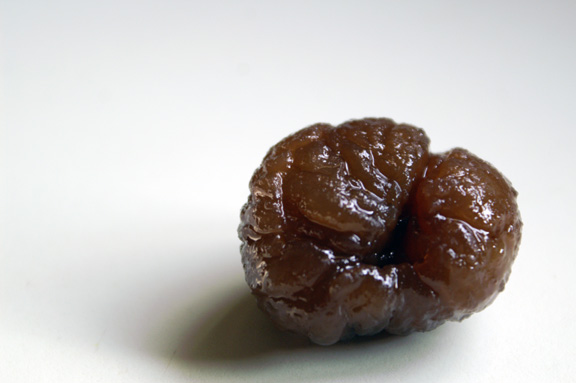 Frenchies, you know this one. Truly, it seems the whole of Europe and Australia is quite familiar with them as well, but they’re not as popular here in the States. They’re simply a chestnut, candied over several days’ time in a vanilla-infused syrup in order to produce a sticky, sweet little orb of holiday cheer. If you’ve never had it, does that sound weird? it really isn’t: the flavors are pretty straightforward, but they do take some getting used to. It’s gooey but not in a gel-ish way, and they retain the nuttiness of the chestnut rather well, considering the lengthy soak time. Eventually they’re dried in an oven, packaged up in fancy wrapping, and sold for an exorbitant amount: most go for between $4-$5 a piece. Ridiculous? Slightly, in my opinion.

But I have no sentimental attachment to them: I can definitely see how eating marrons glacé as children during the holidays would cause some to form a forever-long bond with them. They’re delicious in a very specific, confection-y way, and their tackiness (and I mean that in a textural way) can be off-putting at first, but they grow on you rapidly. Since they are a treat in and of themselves, I had to figure out a way to showcase them in something without overshadowing them with other ingredients. 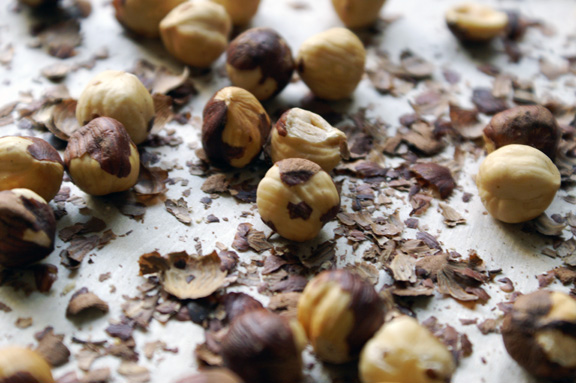 Since the holidays are a time of giving (and usually giving to a laundry list of people), and because marrons glace are pricey, I made something which lets you give the gift of fancy euro-treat without draining your bank account. It’s a twist on the very American peanut butter cup or cherry cordial: a chocolate cup with a quartered marron glacé in the center. And it’s not just chocolate surrounding that little chestnut, either: I toasted up some hazelnuts and threw them inside, and spiced the entire thing with a whiff of cinnamon, giving the whole thing that “chestnuts roasting on an open fire” kitsch. 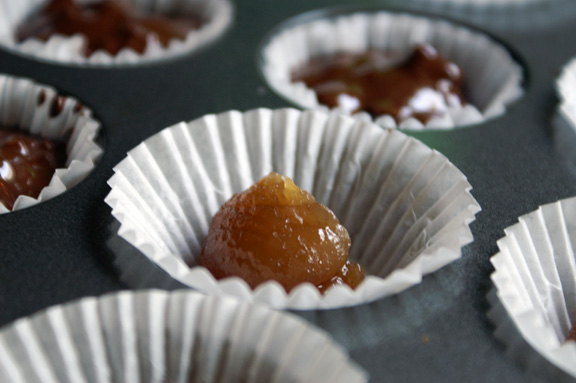 You can substitute here as you wish: if you don’t want to mess with hazelnuts (and there is always the pesky skin removal with those), toasted almonds are wonderful as well, and give them a slightly lighter flavor. Do, as always when you’re making a predominantly chocolate treat, use good-quality chocolate here, for flavor and also for ease of use. If you’re wondering, these are just made in a mini-muffin pan: no fancy equipment required.

Marron glacé, at least where I am, are difficult to find, if not impossible. I ordered mine from Amazon, and although there are many very costly, fancy-wrapped options, you don’t need those for this. I ordered this canned variety, which worked wonderfully and were probably half the cost of the foil-wrapped sort. You get around a dozen per can, which would yield around 48 of these candies. To prepare them, simply open them and set them out on paper towels to get the excess syrup (they’re packed in vanilla syrup to retain some moisture) off, then use them as they are.

And look! Insta-gifts. Super easy to make, and they travel well. I took this batch to the fine women of Feast, because I thought it would be nice to do a little “taste-and-read” for once.

“Shannon,” you say, “I can’t believe you didn’t try to make the marron glacé on your own from fresh chestnuts! That’s so unlike you!” You are right: that is so unlike me.

I did try to make them, after this assignment was safely turned in. 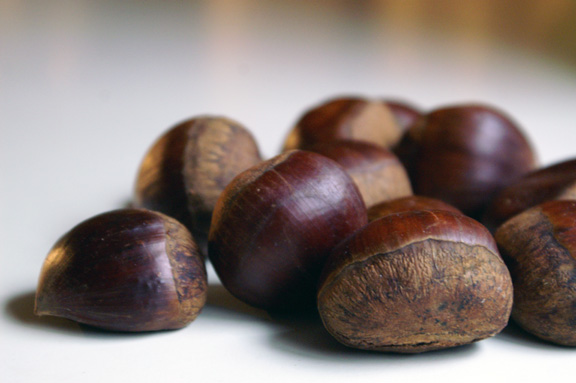 I failed, and I failed big. 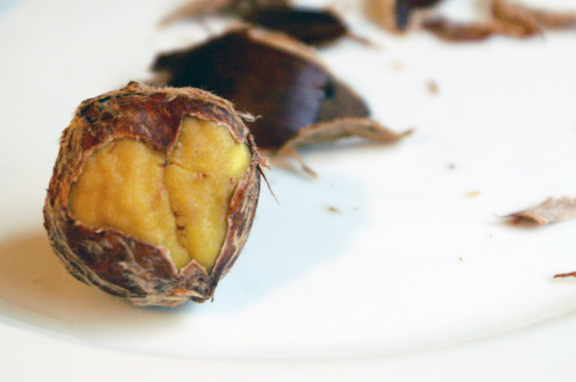 As it turns out, these things are the very definition of “labor-intensive.” It seemed manageable, and I even found some really large, seemingly perfect chestnuts for the task. I got through the scoring the shell for “easy peeling,” and the boiling of them for a few minutes to soften the skin and the shell. After that? Terrordome. I almost lost a finger, and I’m fairly certain I still have bits of chestnut shells lodged under my nails. It’s un-fun, to put it mildly. Rest assured, I’m going to find the best way to do this, and I’ll share it with you when I do, but it wasn’t happening before the magazine came out. I value my life, and my hands, far too much. As far as I’m concerned, order them: it’s worth every penny you spend. Because what a pain in the tuckas.

So that’s the article! And while you’re over on Feast’s website, check out some of the other things featured this month. There’s a whole course on donut-making with some really spectacular recipes to go along with, The story of a beloved pop-up master’s new Southern food-focused restaurant (which I am dying to visit), and a comprehensive guide on making hard candy at home: something I need to work on this year, because I semi-suck at it. Lots of great things this month, friends: go dig in to this month’s issue right now.

And my little recipe for marrons glacé chocolate cups can be found right here. In the article, I tell you a little bit more about what they are and how to use them. Enjoy! I’m very proud to say that glorious photo of them for the article was taken “on location,” as it were, meaning, it was at my house. I’m a total photo geek, so it’s always a great time to watch professional food photography in action.

PS: A big thank you to all the Just One Project participants who answered the most recent question; I know the holidays mean everything gets back-burnered, but I have lots of responses to sift through, and I’m excited to see what you wrote. That’s up next, along with the next question to ponder.

Until then, chocolate cups.