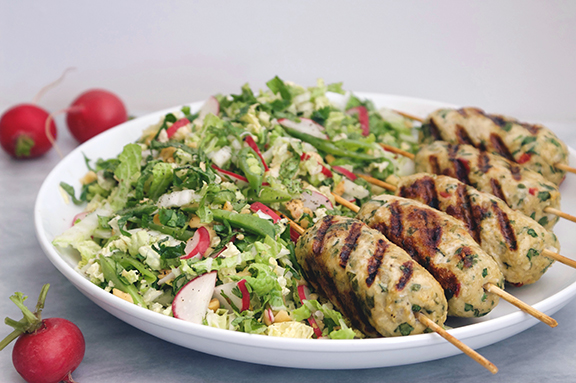 I’ve noticed a trend recently with bloggers who have been in the game for a minute: lots of us trying to get our fitness on, or remember even what fitness looked like. Solidarity, friends: I’m right there with you.

I’ve written about this before, but blogging about food and/or recipe development as a legitimate job makes it tremendously easy to make anything you want, whenever you want. It gives you permission to taste whatever sumptuous thing you’ve made at 8 am, because research. It encourages you to keep knocking away at it with a fork, because testing. Yesterday I made a cake at 9 am, which means I tasted cake batter at approximately 9:10am – something I wouldn’t have done otherwise. But when you’re working on food, with food, around food, you just don’t always think about every bite you take…it dissolves into the ether, and by the end of the day, all you remember is meals: not the post-breakfast cake batter. Or the pie you wanted to make sure was still good today. Or that last bit of fresh mint ice cream (palate cleanser, duh.) 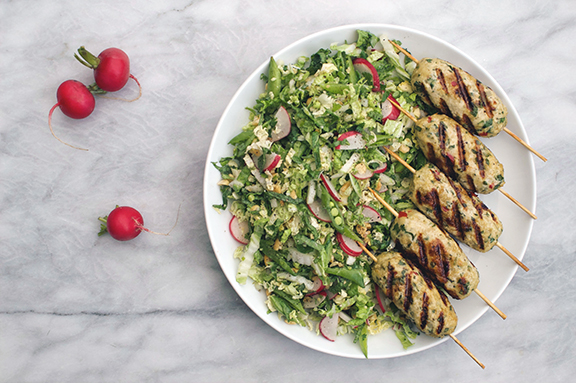 I started this blog in late summer, 2011: that’s 6 1/2 years ago. I was in arguably the best shape of my life, but over those years, my weight has ticked up while my active minutes have creeped steadily downward. Lots of things contribute to that: I just deleted an entire paragraph about specifics, honestly, because it’s just life – we all know what life is like. Thing is, I still love food and food work just as much as I did – maybe more than ever before, honestly, because I’m good at it – but fast forward to now, and I have to do better at carving out time for healthy stuff.

First world problems, folks: I get it. But it’s still something I struggle with, and I’m not at the weight or fitness level I’d like to be at. I don’t hate my body, so don’t get that twisted: it’s possible to love yourself but want to improve – that’s just called “goals ” – so I’ve made eating better and regular workouts more of a priority. I’ve been doing great at the latter – I belong (and actually go) to an amazing gym with tons of space and classes and it makes working out way more fun than normal; I look forward to going, and there’s always something different to do. The former, for me, takes more work, because it’s about not only eating healthy meals (which I have no problem doing), but it’s about not eating between those meals, which I also have no problem doing. What works the best for me is to make whatever meals I’m having through the day so satisfying and so packed with flavor, that I’m not wandering by my pantry an hour later giving the chocolate almonds a come-hither stare.  They feel uncomfortable when I do that, anyway.

One of my go-to tricks for satisfying eating is to head Asian: often-times it is vegetable-heavy, dairy-free, but layered sky-high with flavor courtesy of garlic, ginger, and herbs like cilantro, mint and basil. There’s heat from peppers and a billion textures to be found thanks to all those vegetables, and infinitely customizable. Add nuts for crunch or coconut milk for creaminess – if there’s a craving to be had, generally it can be satisfied in a pretty healthyish way with an Asian-inspired dish.

I made this slaw the other day after coming off maybe two straight weeks of hot vegetable curry: it’s delicious and filling, and I’ll post that recipe at some point. Now that it’s warmed up a bit, a change was in order, and this slaw seemed like a good first step into spring. It’s from the Milk Street cookbook – a book which has yet to be anything less than spot-on – and it’s a unique Thai spin on cole slaw, minus all that gloppy mayo.

It’s basically got spring in its DNA – if slaw had DNA, I guess? Snap peas, radish, cilantro and mint bursting right out of it. The dressing is a potent little mix of serrano, lime and coconut milk, so you get the creaminess of a traditional cole slaw with absolutely none of the heaviness.

It makes a great side for grilled meats: pictured are just some chicken meatballs I make from time to time, but they’d also be great with these lamb koeftas I made for Feast a few years back. It’s a nice companion to flank steak or fish tacos as well. For a quick lunch fix, toss some leftover chicken on top, pack it up and go.

If you want this to hold a little longer, keep the dressing off of it until time to serve. If you know there will be leftovers, plan for that by reserving some back with no dressing so you’ll have crisp slaw the next day too.

| Preparation – serrano-coconut dressing | In a small bowl, whisk together chile, limes, vinegar, sugar and coconut milk until blended; season with salt and pepper and set aside.

| To Serve | Toss what you’re serving together with your serrano-coconut dressing; season with salt and pepper and serve.