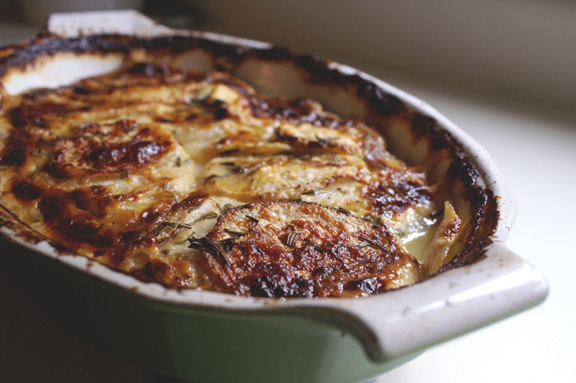 Yes, it’s fantastic, because roots swimming in maple cream softly spiced with nutmeg and cayenne, then tossed with fresh rosemary and thyme. What part of that could fail? No parts. It’s perfection and we’re going to get to that. Stick with me, because I manage to work the phrase “a family of anthropomorphic foxes” into my dish description.

You know what else is fantastic? My sweet friend Katherine (you know, from Eggton) having her baby this past weekend. No small feat, and I’m sure she was brilliant. I have known Katherine for years now, people – we actually have each other’s cell phone numbers, which in introvert world is saying something – and she’s one of the nicest and funniest people I know: like a wee bit of Tina Fey infused into my life. I also know because of conversations we’ve had that she’s pretty intense, and a little neurotic – exactly the qualities I look for in a friend, because I am that way and it means we understand each other. Because of this, I know she’ll approach (“attack” or “throw herself into” may be more accurate) mothering with the same sort of intellectual, analytical gusto with which she approaches other things. I can’t wait to see it because she’s going to be amazing. 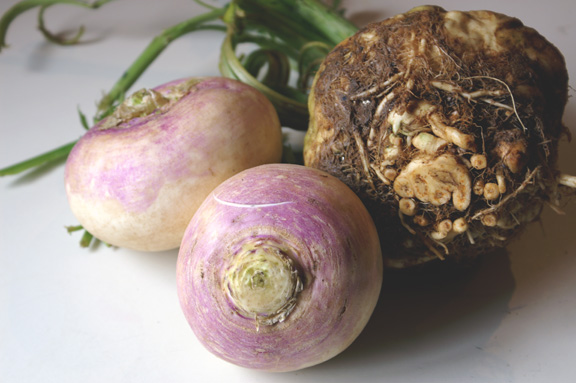 In honor of our friendship and, I suspect, our similar approach to parenting, I’m going to run down some key lessons I emerged with from parenting a very newborn Wee One. I’ll preface this by saying I knew n.o.t.h.i.n.g about being a mom before I had her: I wasn’t big into babysitting, I didn’t naturally gravitate towards babies at all, and so on. I would imagine no one had really high hopes. But I know stuff now, so, Katherine (and anyone else with a very small baby who would actually listen to advice from me), here goes:

The Wee One and I? We’re tight. I mean like, best friends forever. I’m going to show her this post when she’s like 15 and full of angst and attitude so she remembers how hard I worked for her. I think that’s the thing to remember: you just gave birth to your best friend, whether they know it or not yet. They’re going to spend an inordinate amount of time literally glued to some part of your body, and that’s going to get annoying, until you realize that there’s not many people on this earth whose world would come crashing down if you weren’t there.

People say it goes fast, and it does, although it’s been my experience that it goes fast some days, and other days it feels like it’s been forever, but not in a bad way. I’ve spent 1,582 days putting my baby to bed; you have spent a handful. Most of my days have routine to them, and an early bedtime for my tiny best friend. I have time to myself I don’t have to carve out by watching a movie at 2 am between feedings. You have a while to get to that, and you will get there. And then you’ll laugh, because I can promise that even the bad stuff is funny and happy when you get far enough away from it.

And if you need to, you can text me at weird hours of the day and night. I’m sometimes up, but not because I have to be. And then again, sometimes because i DO have to be. Because babies are like that. So consider your world rocked by someone who’s not even 10 pounds yet.

Can you handle all that brilliant advice, people? Feel free to file that under “incoherent musings about children” if you wish; there’s a reason I’m not a mommy blogger. 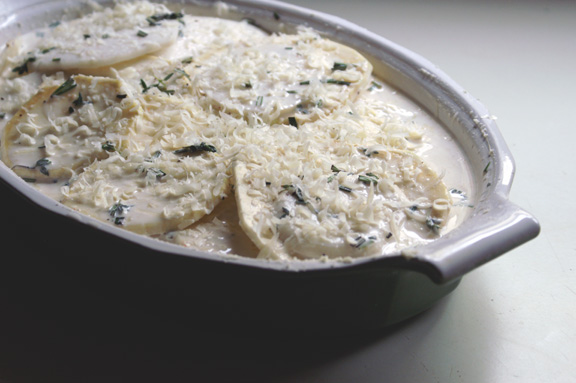 So about this gratin, those of you who came for the food and not for the rambles: this is like a miracle gratin, full of flavor. Everything balances out here: the snappy bite of the turnip and fresh celery root, the sweetness of maple and cream, the soft woodsy notes of rosemary and thyme. It’s like a gratin made in some hidden-away cabin in the woods, and not the creepy sort: I mean the kind with softly glowing windows and a family of anthropomorphic foxes or something. It’s simply lovely.

And practical: there’s not much work to it, it bakes for ages, and it makes fabulous leftovers, say for two people with a newborn who don’t feel like cooking. It’s a casserole dish full of winter wonder, people, and I’m happy I happened upon it. It’s from a book which never, ever lets me down; quite the contrary, it delights my socks off. It’s American Flavor from Andrew Carmellini, and I know most of you don’t have it. Take my advice and get it: if I were to make a Top 5 Essential Cookbooks list (and I just might) this would make the cut with ease. I would especially recommend this one to Brianne and Elizabeth, as it reminds me of their cooking somehow.

Without further ado (or parenting advice).

Adapted from a recipe for Rutabega and Turnip Gratin, found in the book American Flavor by Andrew Carmellini.

*your ratios don’t have to look like this, but if you’re curious as to how mine measured up, two smallish turnips equaled about 1 lb 5 oz and my celery root weighed in at a petite 1 lb 9 oz.

Preheat oven to 400˚F. Grease bottom and sides a 2 quart casserole dish (I used my Emile Henry 1.76 liter casserole, which is oblong and shallow) with butter.

Trim your turnips and celery root by cutting the ends off and then peeling the skin off with a sharp, thin-bladed knife – you can work top to bottom or work ‘round the mountain…whichever is easiest for you. Once peeled, slice them into rounds about 1/8 inch thick: easiest using a mandoline, if you have one (and you should: a sound kitchen investment if ever there was one.

Add the cream, maple syrup, cayenne, and nutmeg in a medium saucepan over medium heat and, stirring occasionally, bring to a soft boil.

In the meantime, add root slices to a very large bowl (one which gives you plenty of moveable space) and add salt, pepper, rosemary, and thyme. Toss with your hands until everything is coated – i’ll tell you right now this is easier said than done, so take your time and you’ll eventually get a nice, even distribution.

Gently press the whole thing down with your palms so the vegetables sink into the cream, then cover with foil and place in the oven – rack in the middle – for 30 minutes. Remove foil and bake for about 50 to 60 minutes more until nice and dark brown on top and only a little liquid remains in the dish.

Remove and transfer to a rack to cool down a bit. Look at it this way: eating a gratin too soon out of the oven is like eating a tart too soon: you want to, like really want to, but it’s not a good move because everything is still super hot and runny and it turns into a big mess. Rather, let your gratin rest for about 15 minutes or so to allow the vegetables to soak in more of the cream as they cool. It’s worth it, I promise, and you’re getting a better gratin that way.