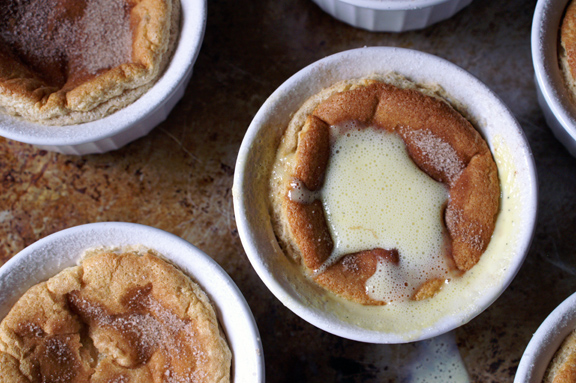 In which I demystify an ingredient that isn’t so mysterious. Vietnamese cinnamon: you probably have it in your spice cabinet. You may be using it right now. It’s not uncommon: Penzey’s sells it by its full name as part of their line of fancy cinnamons (you’ll note that Penzey’s declares the Vietnamese variety “extra fancy,” and I would agree), but it’s available all over, in almost any brand, discreetly named “cinnamon.” Sneaky.

There are differences in this type versus the Chinese ceylon cinnamon is that it’s not actually “true” cinnamon: rather, it’s cassia bark. which you’ll note from the photo in Feast, is not the curly tube you’re used to seeing. Think of the two types as weather for a moment: Chinese ceylon is a breezy day, the kind you remember from childhood playground trips, where Vietnamese cinnamon is the day with strong winds and dark clouds approaching. It’s more intense, more there, than the relatively passive Chinese variety, more spicy than sweet, more up front than background. Vietnamese cassia comes from older trees and has a higher oil content, making for easy dispersal into baked goods like all those holiday treats you have in mind. 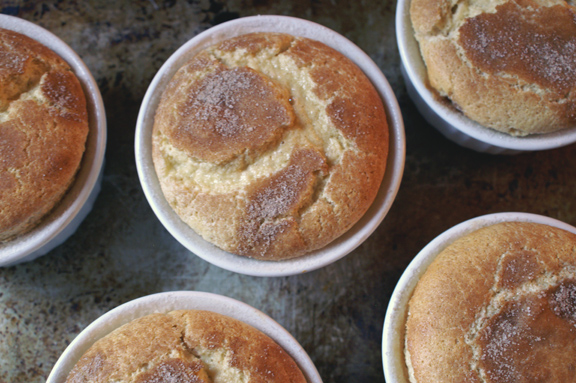 Is there a difference, really? I know some of you are asking that, and yes, there is definitely a difference in how they behave and how they’ll make your final product taste. None of this is to say I have trashed my Chinese ceylon; I just have specific things I use each cinnamon type for. For instance, savory dishes involving cinnamon really benefit from my Vietnamese cinnamon’s spice and strength, but i’ll always make my grandma’s New York style coffee cake with the Chinese type, simply because I think the lighter cinnamon works better there, almost as a nostalgia flavor. Vietnamese cinnamon in yeast-based sweets is perfect because it gets all up in your buns and breads, and the flavor really shines. My rule: if I want cinnamon to be the main thing in a dish, or there’s the word “cinnamon” in the title, it’s Vietnamese cassia for the win. A must in your pantry, especially during the holiday season. 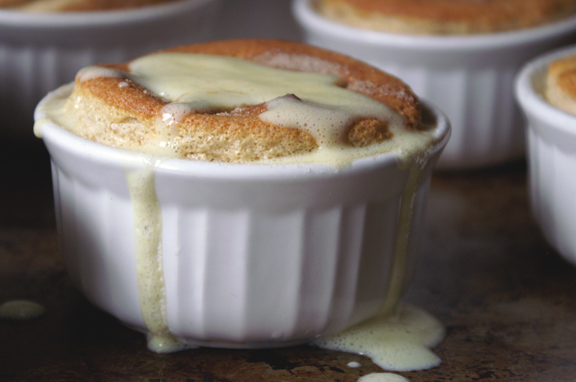 So go get some! And then you can make these soufflés, which taste (not kidding) just like fluffy snickerdoodles: not kidding, and I know how much all of you like those. Lest you think soufflés are difficult, they’re really not: especially the small ones, which always seem less stressful than the one big soufflé option. And if you ever had the desire to dip your snickerdoodles in vanilla bean cream? Wish = granted: Ié made a vanilla crème anglaise to smother them with. You’re welcome.

You guys, I usually go into greater detail about this month’s Feast magazine in these posts, but truth time: I don’t even have my copy yet. We were out of town and had such a nice time over Thanksgiving weekend – not kidding, I actually donned running tights and ran stairs dockside, which can only mean I was on some sort of unseasonably warm weather high – but that all came crashing down when we returned Sunday, sick as dogs. I blame the weather. It’s safe to say I’ve gotten zero done because, frankly, snuggling with the Wee One is way better than working, but today I should be able to catch up. Perhaps you’ve had a chance to pick up Feast, locals (regionals)? The cover looks amazing, and I can hardly wait to see what’s inside. Yeah, I know it’s online: I like my initial experience to be in print. Cold, hard print.

See you soon! I actually did tons of baking a few weeks ago in preparation for December on the blog. It’s new years’ resolution time, where I admit my shortcomings and tell you my plans for 2015: fun for everyone. Some of those resolutions involve you: it’s time to reboot the Just One Question Project, so get ready for an email to those of you who participated last year talking about that a bit more. So much going on; so much to do! Welcome to December, everyone.

You want to learn more about Vietnamese cinnamon and why it’s the best thing ever? read more here, and get the recipe for these swoony little soufflés. And be a responsible human being and read the rest of Feast this month; you’ll be one step ahead of me. Probably many steps.