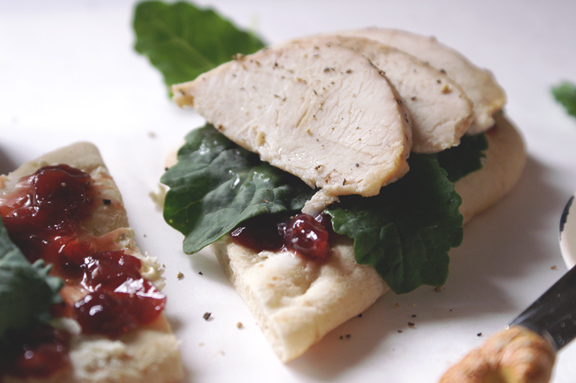 In about 48 hours, you’ll feel a rumbling under your feet. That rumble? It’ll be every food blogger based in the U.S. trashing their pumpkin stuff in favor of Thanksgiving recipes. Canadians and beyond tolerate this only because mostly of the recipes we crank out transcend Thanksgiving and manage to be useful for wintertime meals; thanks, Rest of the World. We’ll be back on the same page  on or about November 28th.

I’m doing no different this November: all aboard the Thanksgiving train! I suppose I can tell you now (because Feast comes out tomorrow) that I did a recipe feature for them, and it’s going to be awesome, I promise: I did so much recipe development and worked so hard for it that it’ll make your head spin, and all of them are recipes you could make for Thanksgiving, if you feel so inclined, or on some random Thursday: nothing frou-frou, just some solidly delicious fare. But we’ll talk more about that next week.

For now, I give you my favorite thing about fast-casual this November: the Panera Bread Turkey Cranberry Flatbread sandwich. Because I don’t mind being seasonally inappropriate, I’ve been eating this since September, because it’s amazing. It’s not terribly Thanksgiving-ish (because Panera would never do one of those turkey/stuffing/cranberry sauce/mashed potato mashups, thank you very much), but has some really nice fall flavor action going on, and it takes a pretty classic combo and gives it a nice twist.

So you have turkey, and you have cranberry: however, the cranberry is a cranberry mostarda, which my spellcheck just changed to “mustard,” and indeed: spellcheck isn’t far off. Simmer cranberries with a little thyme, add some Dijon mustard and a few other things, and you’ve got yourself a decidedly savory cranberry condiment; a nice departure from sugary cranberry sauce in this. Also, you’ve got some garlic herb spreadable cheese, which I would have never thought to add to something with cranberry and turkey, but it elevates this sandwich from “oh look, turkey cranberry” to something much more complex. Don’t think you can skip it if you make this: it’s an integral part of the flavor profile.

As for the bread it’s on, I didn’t go crazy and make it myself, although I’ve planned some naan-speriments for the near future. This is just store-bought naan from Trader Joe’s, and it’s as tasty as it is pillowy. I went with an open-faced version versus Panera’s fold-over offering to showcase the ingredients a bit more and keep the bread-to-insides ratio as close to theirs as I could. And that’s baby kale on there, which I think is a nice choice versus the spinach in the original; use arugula if you want a bit more of a peppery hit.

I should mention that this goes supremely well with the copycat I made of Panera’s Autumn Squash Soup last year: a soup which I make over and over all winter long because I adore it. Truly thanksgiving on a plate, minus the post-meal coma.

I was very gung-ho about trying to create this from scratch, but the first google search I made for “cranberry mostarda” yielded the actual published recipe from Panera (cue “womp womp” sound effect): so my work was done for me save for some minor adjustments. It wasn’t terribly hard to break it down from there.

Makes 6 open-faced sandwiches that pair wonderfully with Autumn Squash Soup. Think about it.

for the cranberry mostarda:

for the flatbread sandwiches:

*I’m not going to tell you what turkey to use: who am I to do that? I like roasted turkey tenderloins for this, roasted and sliced, as you can see. But this is a fabulous recipe for leftover turkey from Thanksgiving or dinner from the night before, also. I will say that this sandwich deserves some decent, thick, warm slices of turkey versus the cold cuts variety: avoid the deli route at all costs, please.

In a small saucepan, combine the cranberries, thyme, and water. Bring to a boil, reduce heat, and simmer for 3 to 4 minutes. Add sugar, mustard, vinegar, and lemon juice and simmer, stirring frequently, for about 5 minutes, until sauce has reduced slightly.

Whisk together cornstarch and remaining water to form a slurry. Continue stirring cranberry mixture and stream in the slurry. Cook for another 2 to 3 minutes, until sauce has thickened (remember, sauce will continue to thicken as it cools.). Remove from heat and set aside to cool to room temperature, then transfer to an airtight jar and refrigerate until ready to use.

So I already told you to halve the flatbreads, but refer to the photos above if you haven’t done this: I like to cut them on the diagonal to give them a nice, elongated look. From here, you’re going to divide up the ingredients as you see fit: I’ve given you enough of each quantity to have a little latitude with the toppings, but I’ll order them for you.

First, warm your naan a little if you’d like: it makes for a nice, cosy sandwich. While you’re at it, consider warming your turkey a bit as well as you assemble everything. Spread some of the Boursin cheese on each flatbread as you would a condiment: get a satisfying layer on there, but not too much. Next, spoon out your cranberry mostarda and spread evenly over top: again, a little goes a long way here. Time for the greens: stack a nice pile on top of the cheese and cranberries, and press lightly so everything stays in place. Top each with 4 ounces of warm turkey each (a-ha! no flexibility on that one), and season with salt and pepper. Serve immediately alongside that Autumn Squash Soup I was telling you about.