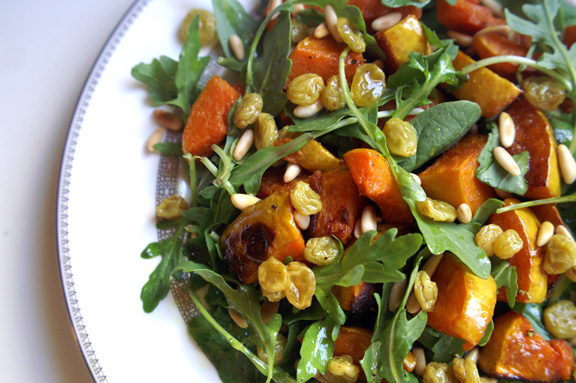 The thing about writing this blog is it gives me a massive (and fairly valid) excuse to make whatever I feel like, whenever I want. Like two kinds of stuffing in one day. or seven-layer bars because I wanted chocolate. or a giant orange Bundt cake. twice. Because I felt the glaze could be better. You get the point. And since I don’t live in some sort of commune, or have 15 teenagers, most of the time I have quite a bit left over. I freeze what I can, but that leaves me with two choices: a freezer at max capacity or orange cake for lunch. dilemma.

To counteract this, I keep fresh veggies and fruits and green things in my fridge at all times. Believe it or not, eating cake every day isn’t as glorious as it sounds, and you really begin to crave actual good-for-you meals. I’ve noticed salads get somewhat of a bad rap this time of year, what with everyone snuggling up to cozy soups and warm, hearty meals. I’m guilty of it too. 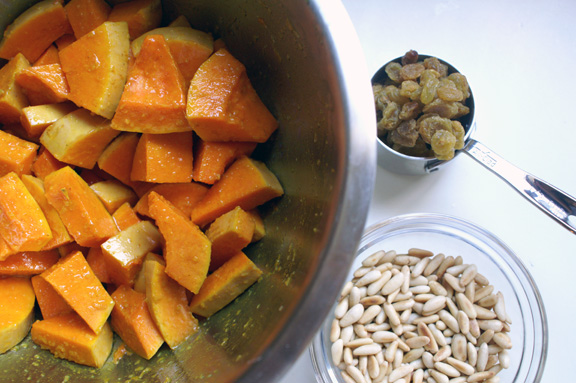 But salads can be just as fulfilling and soul-warming as anything else during the colder seasons, and usually don’t bring with it the added fun of extra weight or the fierce urge to nap after eating one. With the increase in baked goods around here over the holidays, it’s nice to have an alternative to all the cake/cookie/bar-shaped things sitting around.

You do need to go about it correctly, though. Some light little summer salad isn’t going to cut it. Instead, think about the foods you crave when it’s cold and use it as a starting point. Example: the chopped apple salad I made post-Halloween. Apples, some strong blue cheese, and pomegranates? I’m there. I had it for dinner, nothing alongside, and it was perfect. 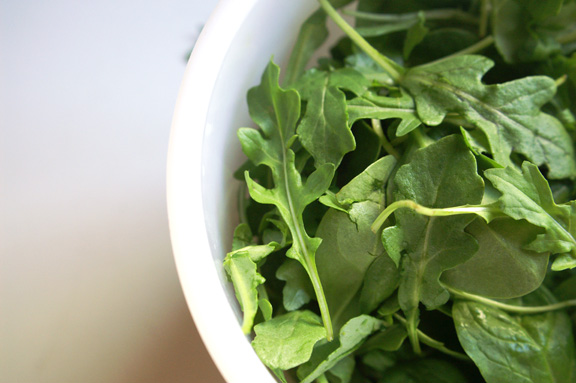 I happened upon this salad in my search for a new side for this year’s Thanksgiving dinner. It looked beautiful just sitting there on the page, and I’m a sucker for roasted root vegetables of any sort. What made this even better is that the only things I needed to purchase were pine nuts and turmeric; everything else, magically, was already here due to a recent grocery trip and some other cooking projects.

The smell when you’re making this is amazing. Between the pine nuts toasting, the butternut squash roasting, and carolling out in the snow…wait. too early. At any rate, it was just as nice to throw together as it was to eat. And arugula and spinach both hold up so nicely next to the warm ingredients, which means you won’t be fighting with wimpy sad greens 3 minutes after tossing together. Prepare to be satisfied. 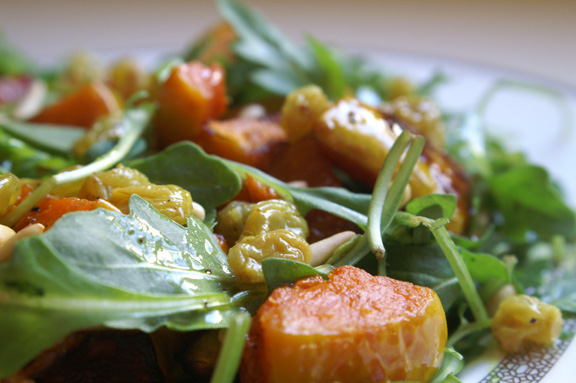 Adapted (barely) from Nigella Kitchen: Recipes from the Heart of the Home by Nigella Lawson.

Preheat the oven to 400˚F. No peeling your butternut: just halve it, scoop the seeds out, cut in half again, and then cut each piece into four slices.

Put the butternut pieces into a bowl with the salt, spices, and 2 tablespoons of the olive oil and tumble them around until coated, then spread out on a lipped baking sheet lined with aluminum foil. set aside your bowl, unrinsed.

Cook the squash for 30-40 minutes, but check after 30 so you don’t end up with accidentally mushy squash; you want them to stay together in the salad.

Meanwhile, add the golden raisins to your unrinsed bowl and add the boiling water. Once cooled (which won’t take long), whisk in the vinegar and the other 2 tablespoons of olive oil.

Toss your spinach and arugula leaves together in whatever manner you choose and throw half of them on a plate. arrange the butternut pieces on top, and sprinkle with the remaining salad leaves and the toasted pine nuts. Scrape the dressing and the raisins out of the bowl and drizzle over top. Toss gently, and serve.

Note: pine nuts are the easiest nut, in my opinion, to toast, as you can easily see when they’re ready. just put a pan on medium heat, dry, add your nuts, and scoot around (watch them carefully and don’t let them sit for too long) until you can really smell them and they look golden and, well…toasted. it only takes a few minutes.