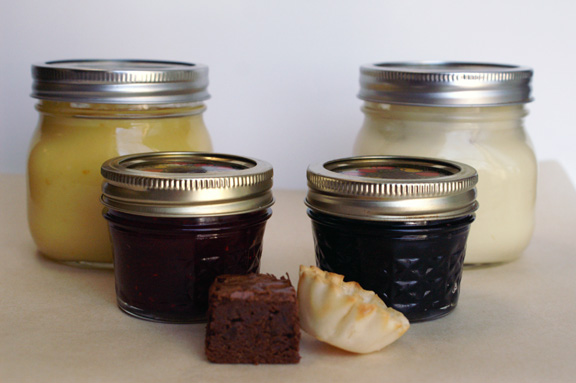 This past weekend, Americans and (I suspect) many others got together and watched the Super Bowl. Some of us hosted parties in honor of the last football game of the season. Some of us got a little too ambitious with the food planning and ended up in tears on the kitchen floor. This, friends, is my story. The details:

I had this great idea to do a meatball bar for the super bowl. I’d make four kinds of meatballs (beef, chicken, turkey, lamb) and let people mix and match them with sauces (barbecue, buffalo, teriyaki, marinara, tzatziki) and then have a few little toppings to sprinkle on them, would someone so desire (chow mein noodles, green onion, fresh grated parmesan, blue cheese.) I gathered my ingredients, looked up recipes, and started going about the business of making meatballs for my feast.

And then I remembered, midway through the beef recipe, something critical to the menu: I can’t stand working with raw ground meat.

Oh; and I make a pretty mediocre meatball because if it.

In case you were wondering, it’s why this wasn’t an official “you’re invited” post. I didn’t even have time for decorations, there was so much tragedy. 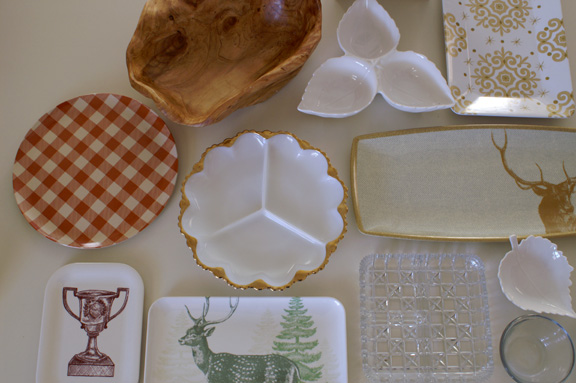 Lest you think I’m a baby about it – well, I’m a baby about it. I am completely fine with chicken breasts and raw steaks, and I can break down a whole bird like a pro. I’m not mad at meat, either; it doesn’t offend me, nor do I cry when I eat it (which, to be honest, isn’t all that often.) I just don’t like working with the ground up stuff. It’s not my thing.

I tried to persevere, but long story short, I crumbled. After my chicken meatballs came out tasting like spongy poultry-flavored french toast, I threw in the towel. I was done. But Mr. Table saved the day. Why? Because if anyone knows how to go out in search of a perfectly decent premade frozen meatball, It’s Mr. Table. I was resistant, but you know what? They’re pretty decent, when you don’t have a clue what you’re doing.

Moral of this story? You don’t always have to make everything from scratch 100% of the time for it to be good, especially at parties. The meatball bar was a raging success, even if I didn’t hand-form the balls. They loved mixing and matching the sauces and toppings, making little dollar roll meatball sandwiches (dollar rolls + sliced cheddar + sliced mozzarella = bbq or marinara meatball sandwich option!), and not one soul cared or noticed that they weren’t homemade. If there are any more meatball bars in my future (and rest assured, there will be), I’d do it this way every single time. Way less stress.

Some fun things happened after my meltdown: we had some surprise overnight snowfall, and the Wee One had her first official snow pants-clad romp in the white stuff. All her mother wanted to do was sled down hills (and indeed I did), but all the Wee wanted to do was shovel. That little one loves a project; sledding just seemed far too lazy for her taste. She also worked on her snow ninja moves. 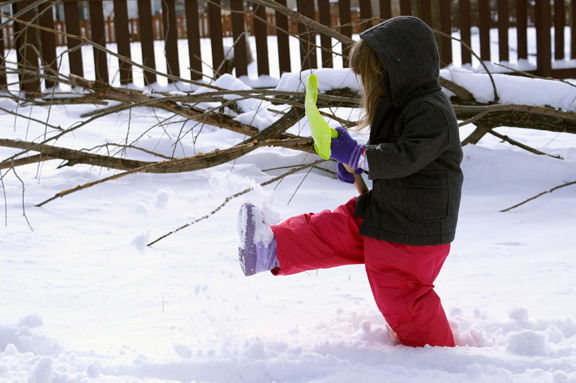 Natalie at Wee Eats (also a ninja, or so I hear) was my MVP of the day, because I served both her soft pretzels (you remember those, right? yeeeesss) and her loaded potato dip; a perfect chip accompaniment, especially for a Super Bowl party. I had the standard green salad on standby, along with veggie and relish trays, which was great for variety but not so much that people couldn’t find a way to scarf an entire soft pretzel. I did dipping sauces for those, too; nacho cheese, yellow mustard, and a grainy honey mustard. It was a dippy sort of night.

And now, for the most fun part: dessert time. You know how it goes at Super Bowl parties sometimes; after the main stuff is cleared away, you have to trudge back to the kitchen and assemble desserts. Well, I say no more, because I give you the DIY Dessert Bar.

Here’s the deal: you make the things, set the things out, and say “hey: dessert!” and you sit right back in your chair. No racing around, no fussing, no missing Beyoncé perform her socks off at the halftime show, no nothing. And miraculously, everyone will have exactly the dessert they want. What’s more, you will make nothing on the day of your party; all of this gets made the day before, or even two days before. This is how you do it:

Or, if you really want to be convenient and sporty about it (and you trust your guests to resist food fights), get some squeezie bottles; two large spouted ones for the lemon filling and the cheesecake. Squeezies won’t work so much with the sauces, as their fruit parts are prone to clogging things up. 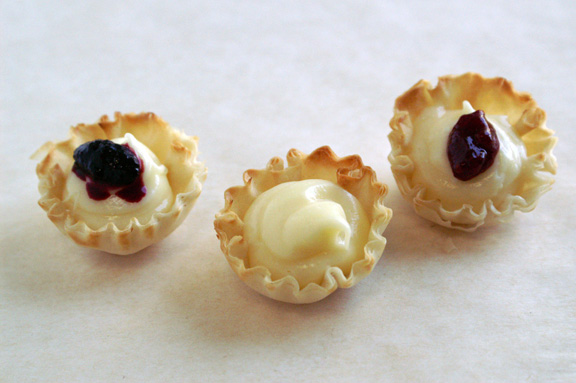 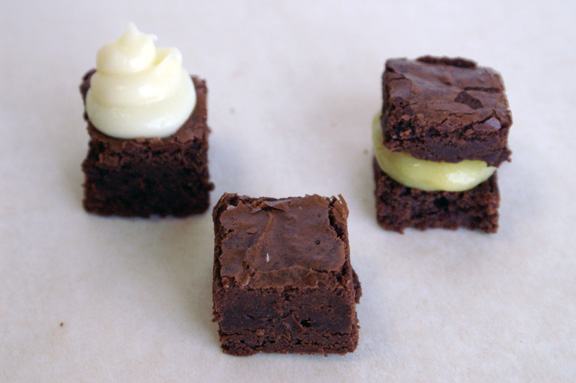 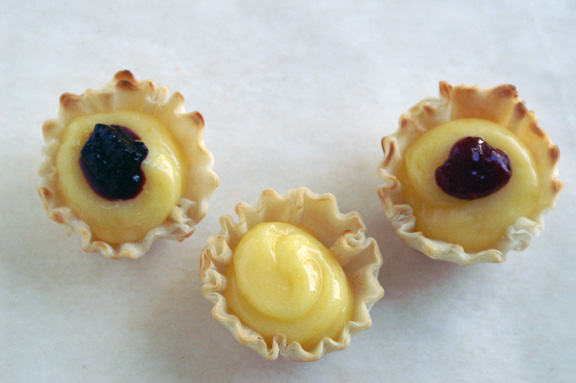 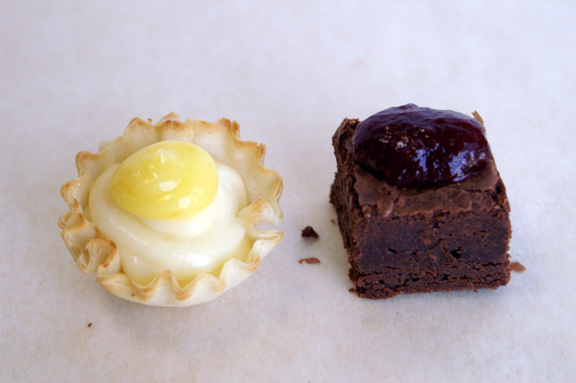 Possibilities = endless. Why? Because everything goes with everything, that’s why. You could make all sorts of things, including:

…and the list goes on. And since you’re letting your guests do the work, you won’t have to do a single thing during the party except snagging a few options for yourself. Here are the recipes for the lemon filling and the sauces, and the links to both the brownies and the liquid cheesecake are above, with some notes on prep below.

Make them as directed, but leave out the espresso powder. It makes a more straightforward, classic brownie, which is always good for gatherings. Also, don’t slice the brownies into squares until game day; it keeps them moist. Follow my instructions in the brownies post on how to cut them once its time.

For the liquid cheesecake:

Make and cool completely as directed (both batches, 2 8×8 pans.) Once cheesecake has cooled, scoop into a large bowl. Using an electric mixer, beat the cheesecake on high for 30-45 seconds until any bubbles and bumps are smoothed out. You want it the consistency of jarred, creamy frosting you would buy in the store. Place in one of your pint-sized mason jars: both batches, post-whip, should fit nicely inside (oh, with a little leftover for yourself to hide.)

In the top of a double boiler, whisk together the eggs, egg yolks, sugar, and lemon juice until combined. Place over a pan of just simmering water, making sure the bottom of the pan doesn’t touch the simmering water. Whisk frequently and constantly, until sugar is dissolved, which will only take a minute or two. Add your butter cubes and continue to whisk constantly (but be relaxed about it, you’re not going for a Guinness world record for fastest motion) until the mixture has thickened, both visibly and by touch, and it coats the back of a spoon, about 12 minutes. Set aside to cool to room temperature, then place in the other pint-sized Mason jar for serving.

The raspberry and blueberry sauces have the same instructions. Place the fruit you’re working with, the sugar, and the lemon juice in a small saucepan and set over medium heat, stirring occasionally and pressing down on the berries as needed. Let the berry mixture reduce over medium heat until jammy and thickened, about 20 minutes. Let cool to room temperature and pour into 4-ounce Mason jars to serve.

Note: sometimes with jams and sauces such as this, it’s difficult to tell when they’re hot how reduced they are (or if you overdid it.) When they cool, the tighten up, so if you do over-reduce, all you need to do is throw it back in the saucepan (or a bowl in the microwave) to warm up a little. Add a tiny bit of water and whisk it in to the fruit sauce, which should loosen it right up. Add more as needed, but don’t get it too runny.