It’s November already; can you believe it? Don’t fret. Sure, an onslaught of holidays are coming up in the next few months. You only have a few weeks before you see your Aunt Beatrice and she reminds you in her special way that your house could use a good dusting and, now that she mentions it,  a little tidying up at the exact time as you’re attempting to wrestle a giant turkey into your oven.

I have a theory about Thanksgiving. I think that lots of new recipes show up everywhere – the interwebs, magazines, Food Network specials – during November. All of them interesting, and a vast majority of them delicious…if only we were to make them. I have a deep admiration for cooks who look at Thanksgiving as a shiny opportunity to showcase new dishes to their guests; I am not one of them. Our Thanksgiving dinner is so entirely steeped in tradition that a new side dish needs to be signed off on by all parties in attendance. Requests are submitted. Paperwork is filed. New foods are pondered and most are denied. I am told to check back in December, because it’s not that these new recipe suggestions aren’t delicious – indeed, I’m sure they are – it’s that at my house, Thanksgiving means we eat the things which have graced the table for decades. 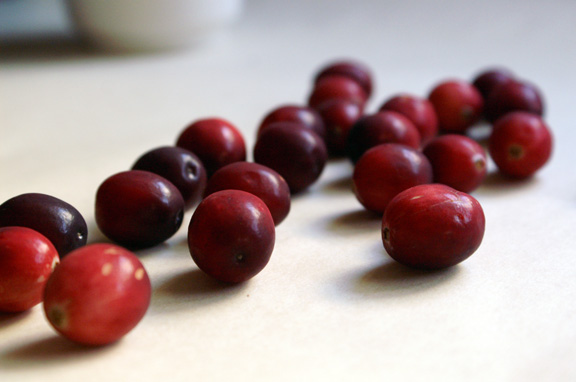 This year, I will not add to the fray. I will not give you Thanksgiving dinner recipes. I’m not holding out on you, but I’d rather not muddy the waters when robust, dinner-ish savory items aren’t even my speciality. I’m going to leave that to those who do it better than I do. So if you want to try something new for your dinner, be my guest, but try to get it from a tried and true source; your favorite blogger, cooking website, whatever. Here’s what I will be doing for you in the meantime. 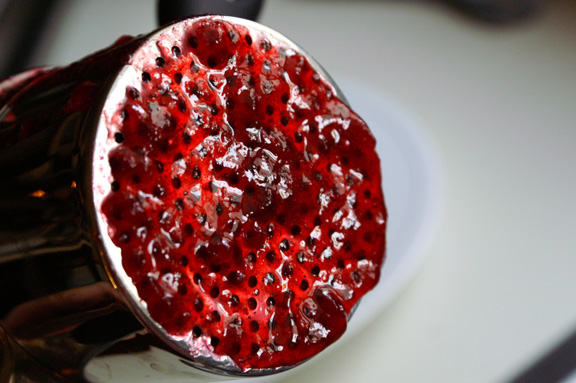 I will make you appetizers for Thanksgiving and the weekend which follows (and by that, I mean when everyone is still lying around on your couch recovering). I will make you finger food. I will maybe make you a dessert or two. I will make you foolproof breakfasts to feed those who are staying at your house (or for you to graciously make in the kitchen of your host, if you are travelling). Perhaps most importantly, I will make you Thanksgiving leftover ideas; because everyone may love Thanksgiving dinner on the day of, but by day 5? You’re over it. My goal is to arm you with some solid recipes you’ll love that use your leftovers in ways that give you taste buds a little something new. Sorta like you’re going out to dinner or ordering take out, only you won’t have to do that. And hopefully you won’t be throwing out a gazillion pounds of food, either. 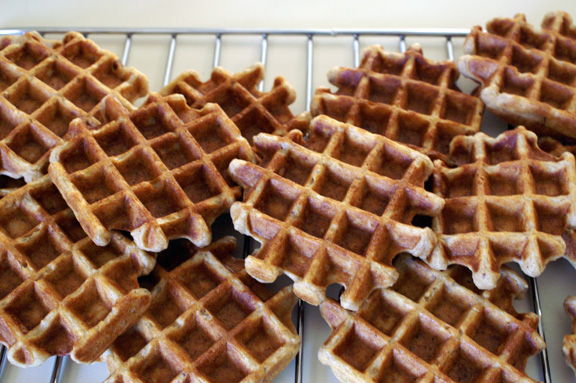 I thought I’d kick it off with breakfast. They have become the standard at my house, because they are, without a doubt, my most favorite waffles. Bonus: they’re good for you. They’re WHEAT. they give you energy, and you don’t feel like you ate a small pair of hand weights after you eat them. They have a little bit of crunch to them, thanks to some bulgur wheat and pecans. If you want to eat them with regular butter and syrup, please feel free: they are scrumptious. 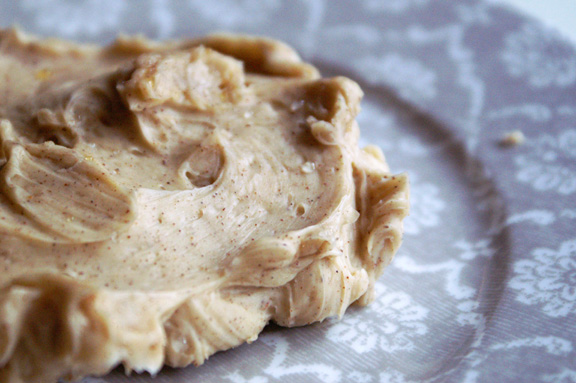 However: if you want to treat yourself and your family and/or house guests, you will make a very easy spiced butter to go alongside them. Also, you will top them with cranberry syrup you can make from scratch (as I will below) or you can make them after Thanksgiving using your leftover cranberry sauce and simmering it with some maple syrup. It’s divine. I never knew maple and cranberry were such a nice combination, but the sweet/tart mashup is wonderful. A pretty great way to start your day.

Waffles and spiced butter adapted from The Bar Americain Cookbook by Bobby Flay. Cranberry maple syrup a figment of my own imagination. And please feel free to make these in any combination: the waffles are great with regular butter and maple syrup, and the butter would go nicely on regular waffles, as would the cranberry syrup, etc.

I should begin by saying that if you are using leftover cranberry sauce for this, then you can simply simmer your sauce, strained or no, with the maple syrup for about 10 minutes or so till everything is warmed and incorporated. If your version of “cranberry sauce” is “that kind in a can,” it’s confession time: so is MINE! I love the high-fructosicity of the can-berry. Call it a guilty pleasure or just a fascination with Jell-O type products, I can’t help myself. I tried to see if it would work with the canned cranberry for you, and although the texture is fine, the canned stuff is too sweet for this.

for the spiced butter:

for the cranberry maple syrup:

*don’t go thinking this is something fancy you’ll never find it. you’ll find it, and here’s why: because to make matters easier, i grab boxed tabbouleh mix. That’s right. It should be in the rice/beans section near all the other rice/couscousy things. It says “tabbouleh,” and that’s fine; just make sure the box you are grabbing houses the spices in a separate packet (as they almost always do). You only want (duh) the bulgur wheat part.

Add your cranberries, orange juice and zest, and sugar to a large saucepan over medium heat, stirring until sugar has dissolved. Heat until bubbling, then reduce your heat to medium-low, stirring occasionally, for around 10 minutes. At that time, take a potato masher (or a big fork) and gently press your cranberries down so they burst. Simmer for a few more minutes until it’s the texture you want for your syrup (not too runny, not to jellied).
If you are straining, use either a fine mesh sieve or a ricer (as shown above) over a bowl to strain out the cranberry skins/zest. Pour your strained cranberry sauce back into its saucepan and add the maple syrup, heating for 5 or so minutes until incorporated. Set aside until ready to serve, at which time you may heat it right back up again.

Whip up your spiced butter:

In a medium bowl, add your butter and beat using an electric mixer until a bit fluffy, 1-2 minutes. Add honey, spices, and salt and, using a rubber spatula, stir until everything looks evenly distributed and there are no pockets of spice or salt (ew.). Your butter should have taken on a very even, very light brown coloring from the spices and honey. Place in whatever container you’ll be serving it out of and set in the fridge until ready to use, at least 30 minutes to give your flavors time to meld. If you have time, set it out to let re-soften a bit prior to serving.

In a large bowl, whisk together the flours, baking powder, baking soda, cinnamon, and salt. In a medium bowl, whisk together the buttermilk, eggs, butter and oil lightly until eggs are just beaten. Add buttermilk mixture to flour mixture, add bulgur and 1/2 cup finely chopped pecans and stir everything together until just combined (you don’t want to overmix this, so make every mix stroke count). Let the batter rest for 15-20 minutes. It’s nice because you can warm up your waffle iron, set out your butter if you need to, and rewarm your syrup during your wait time.

Proper setup is critical for outstanding waffles. First, make sure if you haven’t already, that you’ve set your syrup to warm over low heat and you’ve set out your butter to soften.

Preheat your oven to 200˚F. Get out a baking sheet and put it in your oven while it heats; you’re going to throw your finished waffles on it while you cook the rest of the batch.

Heat your waffle iron up according to manufacturer’s instructions. I suppose everyone’s waffle iron is different that way, and I’m sure you know how to use yours. Spray a little cooking spray on it or oil it if needed. Using a ladle or large spoon, portion your batter onto your iron and cook until golden brown. I’ve found that these, more than other recipes, are a forgiving waffle, and capable of a wider range of cook time; they don’t burn easily and they cook themselves very evenly, but do watch them. Remove from iron when done and place directly on the heated baking sheet in your oven. Repeat.

Serve them on a giant platter, preferably with some sort of flourish. Top with your spiced butter, cranberry maple syrup, and a smattering of pecans, if you wish.