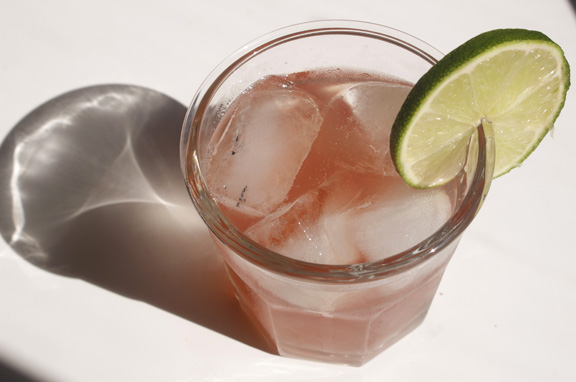 So, here’s how this started. Jen made a tasty-looking Meyer lemon margarita back in May. Then Julie made this little cucumber gimlet, which got me thinking about cucumbers in drinks. Then Brianne had to go and make this little darling, which was bite-y tart like I like, and then I started thinking about tart things. Like cranberries. Seems as though now that summer’s here, everyone’s kicking back with a little creative drink-doing. I don’t know the first thing about creating a drink, so I had no intention of doing this for you. And then I purchased the latest Martha Stewart Living magazine.

Dang you, July edition; you lure me in every year. 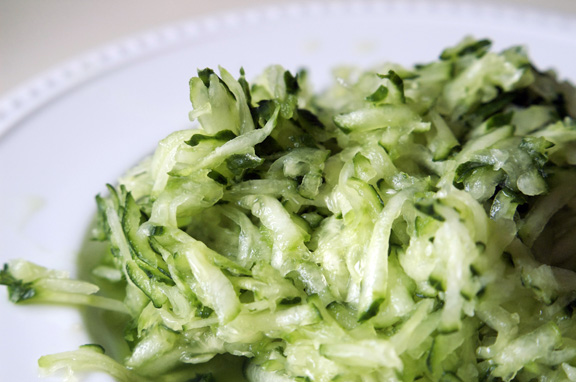 I don’t know about you, but I feel like Martha Stewart goes through a little bit of a boring spell during the spring months. And I don’t blame her: after the frenzy of baking and decorating which is the winter holidays, spring is a little bit of an entertaining downer. And i think her best spring stuff is reserved for her Wedding magazine. Secret = out, Martha.

But that chick can throw a summer party like nobody’s business. I mean, no one does it like Martha in the summer, at least in my opinion. And this month’s magazine is the one I’ve been waiting for: the one just overflowing with ideas for everything, and tons of food, and drinks. And this one looked far to appealing to pass up.

I’ve never infused simple syrup with anything before, people. And that’s how the cucumber gets in there; you shred some cucumber, throw it in your simple syrup while it cools, and boom: you have perhaps the best, most summery-smelling simple syrup of all time. 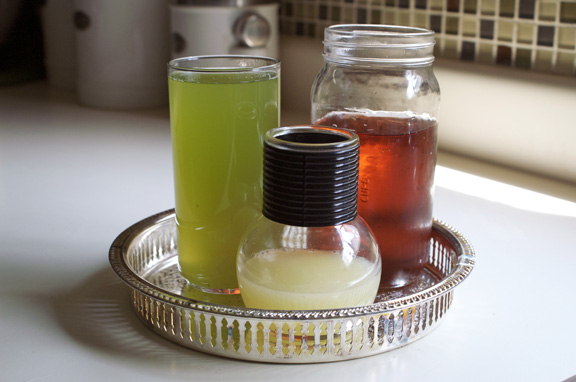 After that, it’s simple; squeeze a few limes, pour a little cranberry and chilled vodka into a pitcher, add your cooled cucumber goodness, and you’re done. no cocktail shakers required, just ice and some willing glassware. I made it for a little get-together last weekend, and it was an unexpected hit; “unexpected” meaning I knew everyone should like this drink, I just didn’t know if they’d give it a fair shot. I was delighted (as were they) that they did.

And there’s really something about it that isn’t one thing or another: it’s not overly cranberry-ish, but the cucumber doesn’t at all overpower the other flavors; just makes for a really lovely scent and a pretty background flavor. The lime adds a citrusy brightness, but again; not overpowering. Simply put, you will drink this up. It will be gone before you know it, so plan ahead and double the recipe if need be.

For the kids and non-drinkers out there, substitute club soda for the vodka in whatever ratio you prefer, and you have yourself some refreshing little summer fizzies.

Adapted from Martha Stewart Living magazine, July 2012 edition. Even if you never pick up a Martha magazine, the July one is always a good one for recipes and party things. Promise.

*you know, it never states in the original recipe to peel the cucumber; I think leaving the peel on adds to the flavor. however, if you see the photo in the magazine, there’s not one speck of green tint to be had. it’s suspiciously clear and very pink, and I imagine removing the peel may keep the color out of the syrup. Personally, I like the peachy/coral color it becomes, but you decide for yourself. If you feel your color is weird once put together, add 1 or 2 drops of red food color.

**club soda (or tonic water) would be really good in this if you’re not a vodka person. Quite refreshing. Experiment and see if you like it without the alcohol sometime.

Bring sugar and water to a boil in a small saucepan over medium-high heat. Reduce heat and simmer once it hits full boil, stirring until sugar is dissolved. Remove from the heat, stir in your grated cucumber, and set aside to cool.

Once cooled, pour through a fine mesh sieve into a bowl or large glass measuring cup, pressing on the cucumber to extract all the liquid from it. Discard the grated cucumber remains and put cucumber simple syrup into the refrigerator to chill. And you can do this ahead: cucumber syrup can be refrigerated in an airtight container for up to three days.

simple. now, make the rest of your drink:

Combine lime juice, cranberry juice, and cucumber simple syrup (once cooled completely) in a 2 quart pitcher. Add desired amount of vodka (or, if you’re going the fizzie route, add your club soda) to taste. Cocktail can be refrigerated up to 8 hours (once combined) if you’re using the alcohol; serve immediately if you’re going with club soda. Alternatively (for the club soda option), combine the two juices and simple syrup together and chill until serving; top each glass with desired amount of club soda at that point.