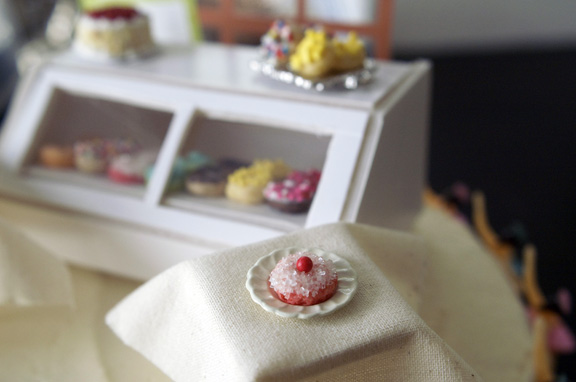 the polls are open! and we’re in the finals! vote early, vote often, vote here. You’re allowed one vote per electronic device. laptop, computer, iPhone, iPad, any other iThing you have access to. If you’re at work, I suggest temporarily “borrowing” your coworkers’ computers to vote as well. You know…if you want. Like yesterday, I’m up against some really awesome cakes, so it’s not going to be easy.

A crazy person can most likely be defined by a) their desire to enter really weird contests and b) their relationship to tiny, tiny decorating. I think you all know where on the spectrum I fall.

This is my big reveal: my friend Movita Beaucoup is holding a competition called “Bake My Cake 2012.” It is a competition to make her the best birthday cake ever. EVER. it is being judged over the next few days (details here; there will be Olympic-style cake heats!), and I am as excited to see the other entries as I am to have entered this cake into the ring. This, dear friends, is my submission for Bake My Cake 2012: I call it “Movita Beaucoup’s Bakery Story.” 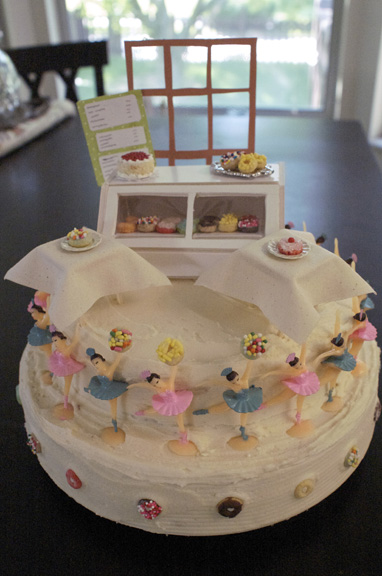 So special is this birthday, there’s actually a vertical photo in my post. That never happens. This is Movita’s cake, based upon some things I know about her.

Fact: Movita is a ballerina. And probably a very talented one at that. These little ballerinas flew in all the way from the 1960’s to celebrate her birthday; they are very excited to perform in her honor.

Fact: Movita is going to baking school very soon. She’s starting a totally new career and I think that’s awesome. She would like to open up a little storefront someday. I think she’ll do it. The baked goods represent her current shift from ballerina to bakery maven.

Fact: Movita is obsessed with Bakery Story. She plays it all the time. It drives her to distraction. She lives for it. So, the top portion of the cake represents both her love of Bakery Story and her eventual pastry shop, where I’ll come visit her and we’ll bake our faces off.

So in short, I made Movita her very own Bakery Story for her birthday. Here are some more photos: 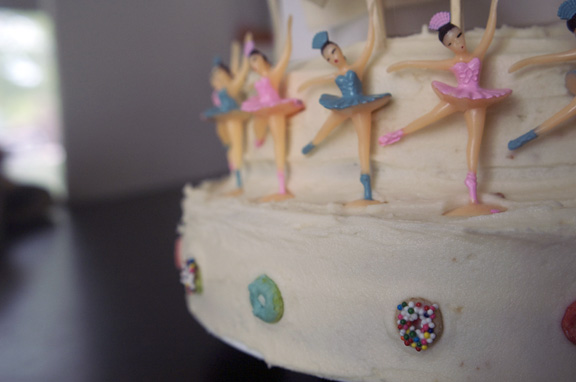 Pastries surrounding the lower tier of the cake. Those are decorated Cheerios, people. I used the honey nut, chocolate, and fruit-flavored ones. I dipped them in either white or dark chocolate and then doused them with sprinkles. 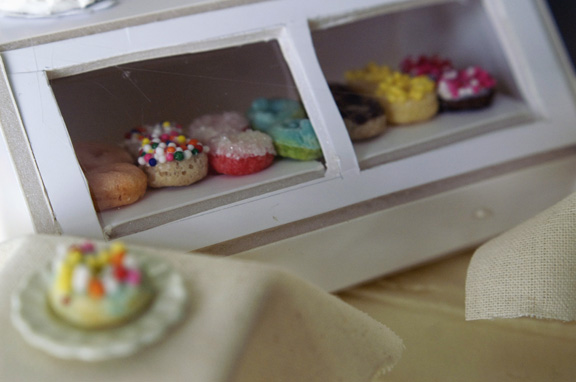 A close-up of the bakery counter. Foam core + clear plastic + dowels for stability. 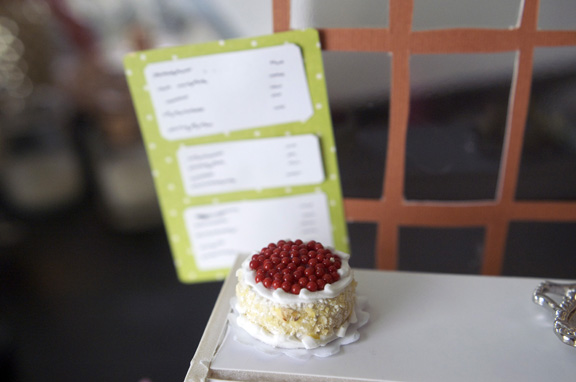 Movita’s bakery menu behind a dollhouse cake. I did not make that. Although I suppose I could figure out how to make that.

Hungry ballerinas, or as I like to call them, The Three Doughnettes in their first ever performance. 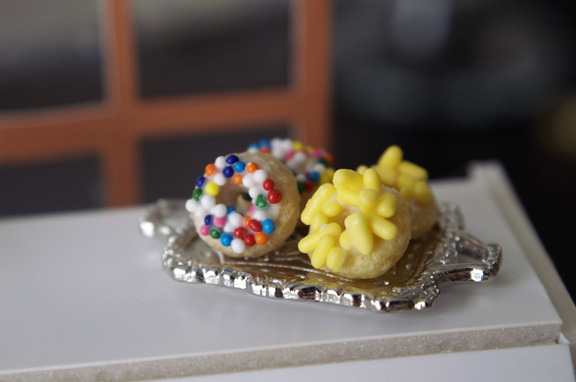 Elegant sprinkle cakes on a dollhouse silver tray. Only the best for Movita’s bakery. 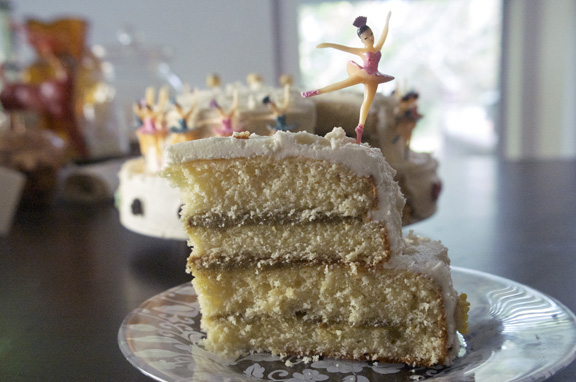 A peek inside the cake. 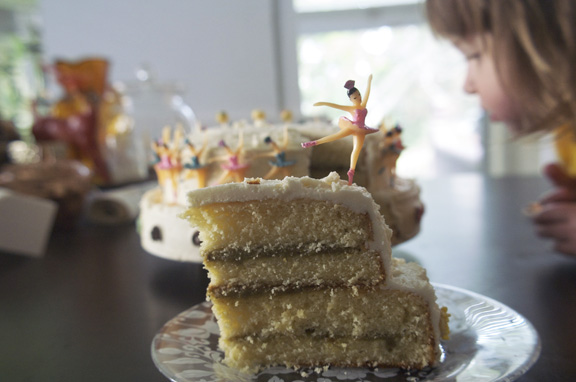 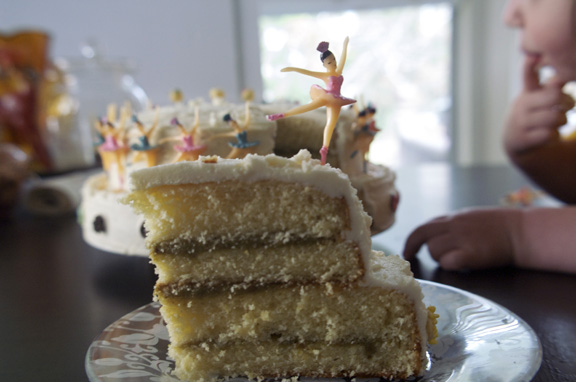