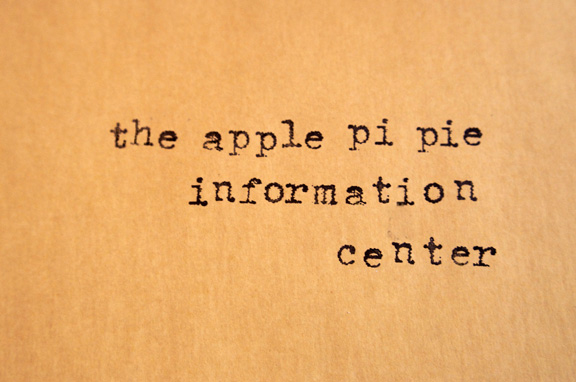 In honor of Pi Day, and because I’m sure you would rather not search around the interwebs, I’ve created a post specifically to update you on the current status of the apple Pi pie in the Instructables 2012 Pi Day Pie Competition. After all, with all the lovely feedback you’ve given me, it’s more like our pi pie and not just mine. So: if you are interested and want to know how the pi pie is faring, check back here. i’ll be watching its status and updating this post as we go along through the competition.

Current Status: Pi Pie, Winner of an iPad 2 and A Bunch of Other Things!

WE DID IT! WE WON THE PI PIE CHALLENGE!

I am really no good at waiting. horrendous, really.

Voting is closed, and the judges are voting. I am anxiously awaiting the results.

Um, just found out the Pi Pie made it to The Discovery Channel’s website! see it here.

So the Pi Pie Day Challenge over at Instructables has officially closed in terms of entries. Currently, they’re choosing their finalists. There’s some pretty cool ones out there; check them out if you want to.

Breaking News: The Pi Pie has made it to MSNBC’s Bites blog. Beyond honored. So far past honored, I can’t even discuss it.

The apple Pi pie has taken over the internet. so far today, it’s gotten little writeups at twenty-two words, laughing squid, neatorama, geekologie, and foodiggity. And it’s burning up twitter and facebook, as well. Nerds: i’d say “unite!” but it seems as though you already have.

And that, my friends, is that.

I made a bread!